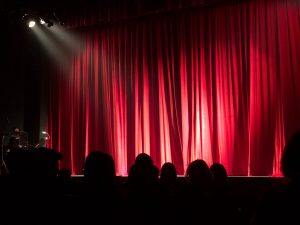 All the world is a stage, and there is no place where this rings truer than musical theatre, There, you can see actors and performers portraying people in all sorts of situations, coming from all walks of life, talking, whispering, shouting, and singing. Pouring their hearts put in a play, and doing their best to express a gamut of feelings, football boots to tap shoes it doesn’t matter what their footwear is. What matters is the passion they put into the project that they’re a part of, and the effort they put into conveying different emotions through different situations, bringing us as the audience along with them on an emotional ride that would end up with a feeling of catharsis, a feeling that the folks on stage went through something larger than life, and that we were lucky enough to join them along the way, hopefully emerging as different, possibly better people on the other end, once the curtain goes down on the musical theatre’s stage.