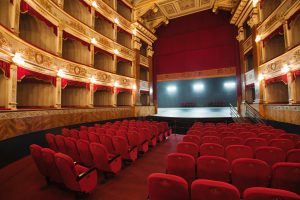 We humans have always been fascinated by the interplay of rhythm, music, language and movement. Many of the earliest art forms have incorporated some, if not all of these elements, to inspire and bedazzle close family members or the entire tribe. Drawing from prehistory and ritual origins, people used what would today be called “art forms” to communicate with the gods. With time, as society grew more civilised, these became more varied and sophisticated, diverging into several different classifications. The ones which more heavily relied on language became prose, or when rhythm was added to the mix, poetry. Others, focusing on sound, became a song or instrumental music, and adding motion yielded dance. Some incorporated all of these elements, and became opera, or musical theatre! Musical theatre is distinguished from opera, in that musicals generally focus more on spoken dialogue. Musical theatre incorporates more dancing and the music can draw influences from a wider variety of genres, like pop.

Musical theatre plays, or musicals, as we’re so fond of calling them today, have probably been shown as early as 5th century B.C., at the amphitheatres of ancient Greece. Prolific playwrights and affluent theatre-goers, the ancient Greeks were maybe the first ones to dabble in this art form. However, what we call “musical” in modern times draws little to no influence from these ancient plays, as their musical scores have mostly been lost in the wake of time. Another early form of musical theatre could be the liturgies originating in the 12th and 13th centuries when actors alternated dialogue and chants to convey a story. Later antecedents to musicals include commedia dell’arte, where familiar stories were improvised by clowns. There were also opera buffa, ballad opera, pantomime, singspiel, operettas, and vaudeville. What we imagine when we say the word “musical” can probably be traced back to the late 1800’s, with shows at Broadway featuring famous comedians and high-quality singers of the time. The golden age of musicals were the years between the 1940’s and the 1960s’, with pieces originating that are still shown to this day! These theatre shows you won’t want to miss , as audiences prove every show-night!

Musicals, as the name itself implies, have a strong connection to music and rely heavily on the audio-input presented to the viewers. Earliest musical theatre, of which we have no record, probably made use of sticks and stones, as well as human voices to create rhythms and melodies. These were probably used in a ritual form, and remnants can be seen even today in the customs of native peoples, such as Native American rain dances or Maori Waka Waka war dances. Later, as music technology improved, we devised more and more complex instruments to be played and to create harmonies with. We’re all aware of the influence that innovations like the musical string or woodwind instruments bestowed upon this art form. Today, the most complex instruments in use by humans are computers, and with them, we’ve managed to start taking beat making to a new level altogether. Electronic music is making waves and is already being included in musical theatre productions, to great effect.